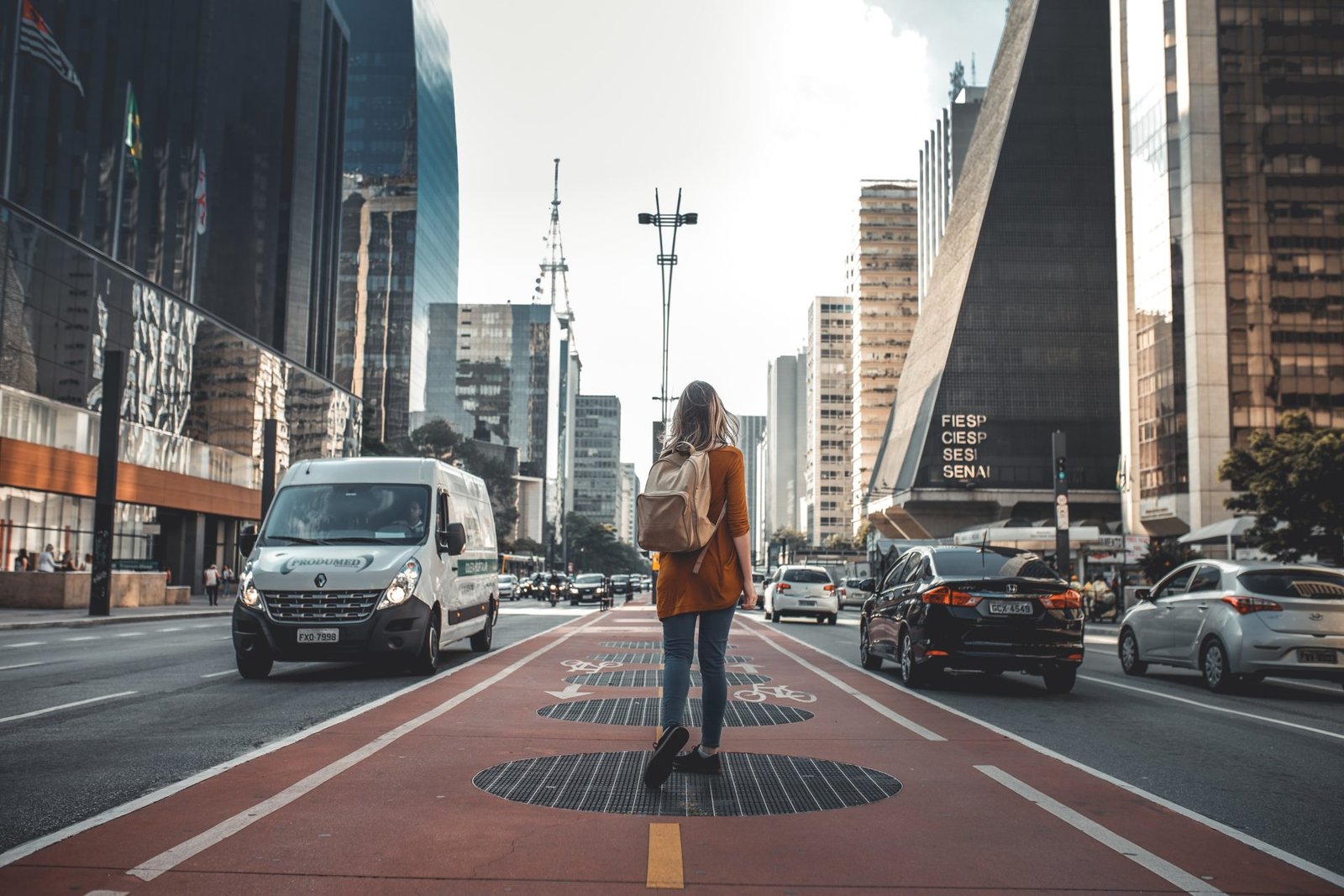 What happens when the digital city encounters large-scale disasters and pandemics like COVID-19? This article analyzes the case of São Paulo, Brazil, to illustrate how the pandemic contributes to emphasize a broad spectrum of inequalities. In the largest metropolis in Latin America, the population lives with a strong disparity of socioeconomic and cultural conditions, at the same time marginalized groups in the city survive amid the greatest risks of the pandemic, with precarious conditions of access and use of the Internet. As a result, an “inequality virus” emerges out of the pandemic.

Over the last two decades, the proliferation of digital technologies has supported an ambitious process of digitalization of complex urban ecosystems, including those of megacities like São Paulo (Brazil). But what happens when this trend clashes with large-scale disasters and pandemics like COVID-19? These moments of intense crisis represent a turning point in the governance of urban habitats, exposing the urgency of data-based responsiveness supported by advances in technology.

During crisis situations, analytical tools and data learning techniques can support decision makers with large swaths of data, for example by triggering alerts and helping governments to identify the main front lines. However, in the developing world large sectors of the population remain excluded from the digital sphere, and even government-led open data projects can lead to the under-representation of certain groups. As many of these countries become increasingly active online, it is likely that inequalities, including the digital divide, will jeopardize attempts to use data to improve the life quality of citizens. The inequality patterns of megacities, in particular, reveal that social, economic, cultural and digital inequalities are still a severe challenge in defining the best strategies to combat crises affecting the whole population.

This article looks at the case of São Paulo, Brazil—the most populous city of the Americas with its 12 million inhabitants—to explore how the opportunities for access and use of the Internet at the core of the project of the digital city follow the pattern of structural inequalities, ultimately contributing to further reinforce them. These inequalities most severely affect households and families in the most peripheral and poorest areas of the city.

Digital segregation and the city

During emergencies, decision makers can be inundated with data. According to the OECD (2019), however, data gaps caused by extant inequalities can create problems for those affected by policies created by incomplete or underrepresentative data bases. Another problem is the use of automated systems to collect data, especially from groups that may have a less reliable label than the majorities due to the “embedded” presence in the network.

As decision-making based on missing data can neglect the poverty lines drawn in the urban landscape, it may trigger higher survival costs in areas already marked by social segregation. It is during large-scale emergencies like COVID-19 that these data gaps become particularly problematic because inequalities drive the underprivileged to the highest risk level for the virus and lead to the worst socioeconomic consequences of the pandemic.

The digital geography of the country indicates a panorama of inequalities in relation to Internet use, although in the last 15 years Internet access has reached 70% of households. On the one hand, Brazil has made progress in creating laws, standards, policies and practices designed to open data, such as the creation of the National Open Data Infrastructure, the Access to Information Law, the Civil Framework of the Internet, Open Data Policy, Data Governance Policy, Digital Government Strategy and the implementation of the 4th National Plan of Partnership with the Open Government Partnership  . On the other hand, however, there remains a digital stratification in the country that coincides with inequalities in income distribution, and which is reflected in the scarce ability to be an active part in the digital economy and formal data production. The cost of broadband is another factor that affects inequalities in access, with rural areas being penalized; in addition, levels of digital literacy and accessibility of the Internet are low.

In the metropolitan region of São Paulo, which counts 12 million inhabitants, connectivity is higher than the average national , reaching 79 percent of households. Connectivity alone, however, is not enough to ensure that people can benefit from the Internet. In addition, the Internet is relevant when people have the skills and confidence to use it. In São Paulo, opportunities for access and use of the Internet appear segregated in the urban territory, following the pattern of existing structural inequalities. This suggests that in the case of São Paulo inequalities related to the digital realm are conditioned by the matrix of vulnerabilities that affect households and families in the urban territory, where the patterns observed reproduce intra-urban inequalities.

Against this backdrop, the pandemic exacerbates existing inequalities. A closer look at inequality and Internet access shows how the outskirts of São Paulo are the epicenter for the spread of another virus alongside COVID-19, which we may call the “inequality virus”. Data from the independent research group COVID-19 Observatory indicate that in the city people of color are 62 percent more likely to die than white individuals. If we look at the map of confirmed or suspected coronavirus deaths in the districts of São Paulo, there is a clear overlap of inequalities, that is, the broader the social vulnerability matrix, the highest the lethality of the virus. The risk of death from COVID-19 is higher in the East, North and part of the Southeast regions, which is also where the districts with the highest number of COVID-19 deaths are: Brasilândia and Sapopemba, among the least developed districts of the city.

Otherwise, a large part of the South, Midwest and Southeast regions, with an higher per capita income, currently have standardized mortality rates below the municipal average. However, housing conditions are an extremely relevant factor, since central neighborhoods that concentrate tenements, pensions and homeless people have a significant number of deaths. In sum, the home address contributes to defining the impact of the coronavirus, its severity and lethality, as it is indicative of other persistent, destructive inequalities.

According to the Municipal Health Department, as of April 30, there was a 45 percent increase in deaths in the city’s 20 poorest districts. The number might also reflect the discrepant distribution of intensive care units in the city, since 60 percent of the beds in the Public Health System are concentrated in the richest and most central regions of the city.

But what does the near future bear for megacities like São Paulo ? A new approach to data-based governance, that we may call a socio-digital regime, is likely to be extended to the Souths. The pandemic showed how we are experiencing a new social order, which combines resources that facilitate physical access to information and communication technologies – Internet access infrastructure, and digital skills and abilities at the individual level. These combinations generate digital capital. Since governments do not create policies or incentives for access infrastructure or digital literacy, there is an emptying of digital capital. This deficit is driven by the structural inequalities that characterize a socio-digital regime. In particular, in the race to create surveillance platforms for epidemics and emergency forecasting systems, artificial intelligence (AI) systems “produce” political evidence projected from the aggregation of the so-called big data and other forms of government-produced information. However, marginalized groups and the digitally excluded continue to survive within the margins imposed by socio-digital regimes. The risk of reproducing and perpetuating inequalities in the highly technological environments of the future is real and should not be underestimated. Marginalized groups survive in a complex matrix of vulnerabilities, ranging from economic, social, and legal to the cultural, digital and political dimensions. The risk is that missing data or even misused data will become yet another by-product of inequality.

Several studies indicate that marginalized groups produce less data, as they are not involved in data generation activities, are not represented in the formal economy, have unequal access and less capacity to get involved online. Therefore, while more data is available to design policies and solutions, and for policy makers to include historically excluded social demands and groups, the data ends up reproducing the patterns of discrimination and exclusion present in the digital world, resulting in potentially discriminatory public policies. That is, having a lot of data does not necessarily mean that data is representative and reliable or that governments can use it.

So what can the pattern of inequality observed in megacities like Sao Paulo tell us about the future of the impending socio-digital regimes? Reducing inequalities in urban centers is a global challenge, especially in the current context in which data and technologies are coupled with potential emergency solutions resulting from developments such as climate change, technological disasters and pandemics. But inequalities in access and use of the Internet reveals the continued importance of the struggle for rights and access to quality goods, services and opportunities.

Although multiple inequalities coexist, the lights cast by digital inequalities reflect the lack of effective and efficient public policies for all. The digital world reproduces the business models of the physical economy, reinforcing existing gaps in access to benefits. It is hoped that the end of isolation will also be the end of the isolation of the poor, black and misfits in the cities. Cities are engaging in the construction of solutions for the aftermth of COVID-19, which invites  intervention in education, health, infrastructure, participation, collaboration and public transparency. Building digital capabilities and shared responsibility must be a lasting feature of governments in cities.

1 thought on “[BigDataSur-COVID] The pandemic and the new socio-digital order in the Global South: the case of São Paulo”