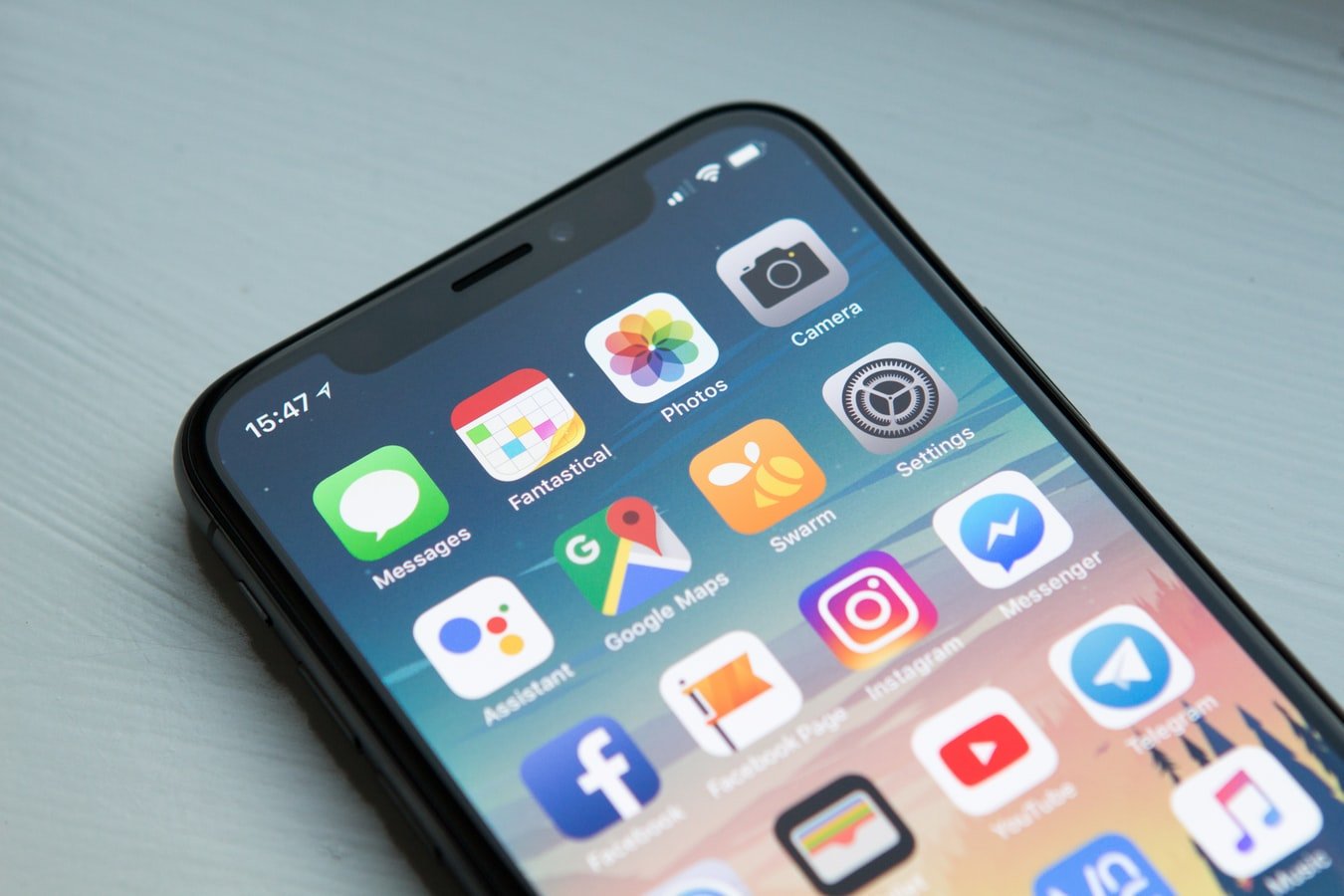 The digital inequality paradox is arguably the biggest policy challenge for SA, and, as yet, it is not addressed through the discourse of 4IR

Since Klaus Schwab of the World Economic Forum’s (WEF) announcement in 2016 of the impending Fourth Industrial Revolution (4IR) in his book of the same title, SA has been swept up in the wave global hype around the extraordinary potential for 4IR technologies — artificial intelligence (AI), robotics, drones and blockchain — and the dire fate of nations who fail to embrace these inevitable technological developments.

There has been a disconcerting lack of critical engagement with the concept intellectually, politically and particularly from a policy perspective. Since the uncritical adoption of the 4IR by the  ANC at its 54th National Congress there has been no looking back for the country: it has become the mantra of every official event from the state of the nation address (Sona) to the presidential inauguration, in the context of economic growth, job creation and the empowerment of women and youth.

As the president explained in the 2019 Sona, a presidential commission on 4IR would “serve as a national overarching advisory mechanism on digital transformation” that would “identify and recommend policies, strategies and plans that will position SA as a global competitive player within the digital revolution space”.

Certainly, with the fast-changing, complex and adaptive communications systems that underpin an increasingly globalised economy a national digital policy is essential. This will necessitate a shift from the sectoral silo in which policy has been traditionally formulated to a national policy enabling the necessary integration required across the public sector and co-ordination between the public and private sector to meet the needs of a modern economy.

But it will need a transversal strategy that goes way beyond AI, machine learning, blockchain and drones. It will require an adaptive governance framework able to engage the entire digital ecosystem in all its complexity; in its local and global manifestations.

There is nothing inherent in so-called 4IR technologies that will result in economic growth, job creation or empowerment of the marginalised. Evidence of the so-called third industrial revolution — and some see this current digital development simply an intensification of that — tells us we should not take for granted that technology will translate into wage or productivity growth. Not unless we develop a good set of complementary policies both business and government.

On the contrary, unless there are targeted, evidence-based policy interventions that do something differently from that  done in the past — or implement policies we have failed to — the introduction of more advanced technologies will simply amplify current inequalities.

This digital inequality paradox is arguably the biggest policy challenge for the nation. It is not addressed through the discourse of the 4IR, no matter how revolutionary the government tries to dress it.

In fact, undressing the revolutionary connotations of the 4IR by considering the origins of the concept, may enable introspection into how the 4IR came to be the centrepiece of ANC digital policy. Might it even rectify this misguided policy trajectory? Even if not, it should at least break with the notion that it is in any way revolutionary in a political sense. This might also assist with the deconstruction of the militaristic overtones that have been conjured up by country’s leadership on digital development with reference to commanders-in-chief of digital armies.

Even a cursory glance at earlier industrial revolutions will show that they have not been associated with the interests of the underclasses (despite the broader benefits to society from the introduction of steam, electricity and digitisation). Rather, they are associated with the advancement of big capital, through the “big” tech of the day. This industrial revolution is no different.

Organising around the elite annual gathering in Davos to build consensus between the private and public sector on the future of the world, the privately resourced policy blueprints on the 4IR — replicated by the big international consultancies whether for Singapore, Rwanda or SA — fills a vacuum for many countries, such as SA, that have not publicly invested themselves in what they want the future to look like. With visions of global prosperity, packaged with futurist conviction and economic forecasts of exponential growth and job creation, they appear to provide a roadmap in an uncertain future.

The latest report for the government’s lead department on the 4IR, the department of communications, by the large international consultancy that partners with WEF globally on the topic, claims that 4IR technologies across industries in SA can, over the next decade, amass R5-trillion worth of social and economic value and create 4-million jobs, taking into account prospective job losses. There are no sources in the report; no references to methodology; no basic workings on how these figures were derived. It appears that it is uncritically received as the basis for national policy.

The report observes, however, that all we need to make this miracle happen, is get all the other conditions we have failed to get right in the past two decades: improved connectivity, effective regulation, functioning markets, optimised consumer welfare, and — essential to ensuring digital inclusion — redress our poor education outcomes and develop an appropriate digital skills base for the new economy.

For a quick reality check, the average growth rate has hovered between 2% and negative growth over the past two years, and best long-term growth predictions under current policy conditions are put at 3.5%. We have produced 270,000 to 300,000 jobs on average over the past five years and we have about 700 000 new young people entering the job market a year The Centre for Economic Development and Transformation estimates that to absorb them into the economy will require a growth rate of about 10%.

To fulfil its social contract with its citizenry in an increasingly globalised digital environment, SA requires a capable state with the capacity to create the enabling conditions for the country to harness the opportunities arising from technological developments but also to mitigate risks and prevent potential harms to citizens and countries, as evidenced by the recent attacks on national databases or the Cambridge Analytica debacle. Integration into the global economy is inevitable, but it is not automatically beneficial. It requires the state to mobilise multi-stakeholder (not just the private sector) capacity that represents the diverse interests and expertise within the country to influence global governance, in the national and regional interest.

Eliciting national expertise in increasingly specialised domains through specialised commissions is also essential for optimal outcomes, but existing policies and public consultation processes, as required constitutionally, need to be acknowledged and respected. As a country, we cannot perpetually be starting new processes with a blank slate as though existing conditions, the outcomes of past policy, do not pertain.

As the 4IR commission establishes, again, the same working committees, with similar captains of industry at the helm — what is the relationship between these policy processes? Even if the assessment of the past is that policy or ineffectually regulated markets have failed to deliver on national policy objectives and need to be abandoned, the public exercise of doing so has to be undertaken.

And, arguably, the bigger question SA has to ask itself is why, as the most sophisticated economy in Africa, with some of the best universities in the world, does it have no organic, local research and evidence to inform, indeed provide, competing visions of our digital future? Why do we have so little faith in the outcomes of our own policy processes that we abandon our collective wisdom when the latest cleverly packaged product comes along?

In the global north, their well-funded (though declining) academic and research institutions can, with strong publicly available local data, contest the meaning and potential value of global digital initiatives on the basis of independent research that can be interrogated in public policy processes when they are domesticated back home.

In SA we have not invested in data collection and where we have, despite the use of public funds, it has generally not been made public. There has also been no public investment in independent academic digital public policy and governance research or capacity building. Sporadic initiatives over the years have been funded by donor or private-sector grants. Public universities have remained locked in their hallowed disciplinary silos, digital governance research being undertaken only in so far as it can be published in international or accredited disciplinary-specific journals, rather than being responsive to the multi-disciplinary requirements of policy research and practice and national policy needs.

As SA universities enter survival mode, their appetite for the novel or innovative, the multi-disciplinary, the unfamiliar national collaboration to compete with international competitors, is non-existent. State funding through the department of science and technology, and the National Research Council funding in this area of digital innovation, is channeled into much needed science, technology, engineering and mathematics (STEM) research, significant portions of it going to the scientific and industrial councils.

This results in the Council for Scientific and Industrial Research (CSIR) owning the largest 3D printer in the world and the department of science and technology delivering the extraordinary, world-leading Square Kilometre Array (SKA) project, with all the positive multipliers it has for science and innovation. But labour supply and demand are not being aligned to the needs of a digital economy, to which half the population does not have even basic access, and for those barely online due to affordability or skills challenges, use is entirely and limitedly consumptive, with the productive use of these enabling new technologies only enjoyed by a relatively small elite.