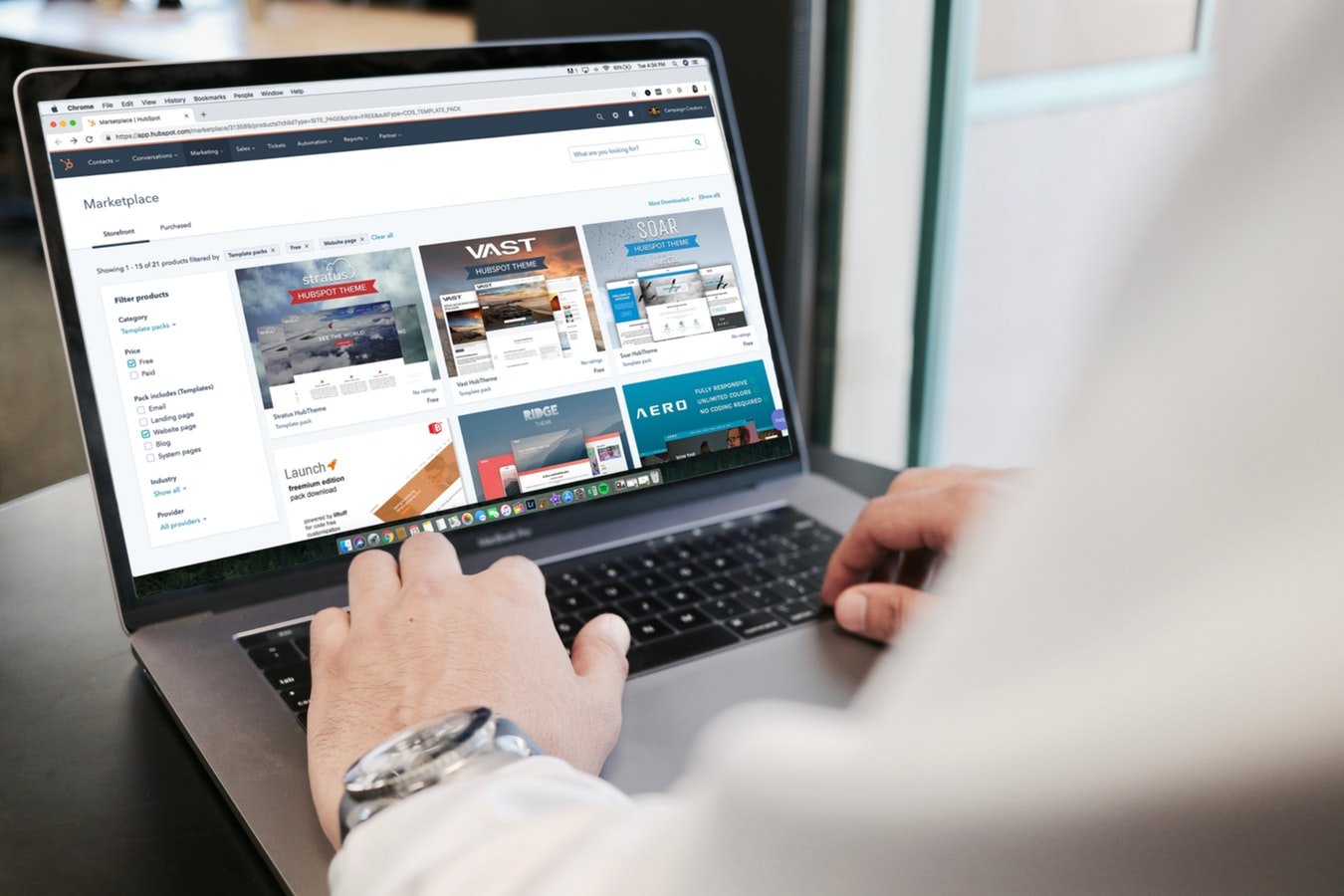 Since the Ministry of Electronics and Information Technology (MeitY) proposed the draft amendments to the intermediary liability guidelines in December of 2018, speculations regarding their potential effects have been numerous. These have included, mapping the  requirement of traceability of originators vis-a-vis chilling effect on free speech online, or critiquing the proactive filtering requirement as potentially leading to censorship.

One aspect, however, that has received a lesser amount of attention is encoded within Rule 3(8) of the draft amendments. By the virtue of that rule, the time-limit given to the intermediaries to respond to a legal content takedown request (“turnaround time”) has been reduced from 36 hours (as it was in the older version of the rules) to 24 hours. In essence, intermediaries, when faced with a takedown order from the government or the court, would now have to remove the concerned piece of content within 24 hours of receipt of the notice.

Why is this important? Consider this: the definition of an ‘intermediary’ within the Indian law encompasses a vast amount of entities – cyber cafes, online-marketplaces, internet service providers and more. Governance of any intermediary liability norms would accordingly require varying levels of regulation, each of which recognizes the different composition of these entities. In light of that, the content takedown requirement, and specifically the turnaround time becomes problematic. Let alone that the vast amount of entities under the definition of intermediaries would probably find it impossible to implement this obligation due to their technical architecture, this obligation also seems to erase the nuances existing within entities which would actually fall within its scope.

Each category of online content, and more importantly, each category of intermediary are different, and any content takedown requirement must appreciate these differences. A smaller intermediary may find it more difficult to adhere to a stricter, shorter timeframe, than an incumbent. A piece of ‘terrorist’ content may be required to be treated with more urgency than something that is defamatory. These contextual cues are critical, and must be accordingly incorporated in any law on content takedown.

While making our submissions to the draft amendments, we found that there was a lack of research from the government’s side justifying the shortened turnaround time, nor were there any literature which focussed on turnaround time-frames as a critical point of regulation of intermediary liability. Accordingly, I share some findings from our research in the subsequent sections, which throw light on certain nuances that must be considered before proposing any content takedown time-frame. It is important to note that our research has not yet found what should be an appropriate turnaround time in a given situation. However, the following findings would hopefully start a preliminary conversation which may ultimately lead us to a right answer.

What to consider when regulating takedown time-frames?

I classify the findings from our research into a chronological sequence: a) broad legal reforms, b) correct identification of scope and extent of the law, c) institution of proper procedural safeguards, and d) post-facto review of the time-frame for evidence based policy-making.

The Indian law for content takedown is administered through two different provisions under the Information Technology (IT) Act, each with their own legal procedures and scope. While the 24-hour turnaround time would be applicable for the procedure under one of them, there would continue to exist a completely different legal procedure under which the government could still effectuate content takedown. For the latter, intermediaries would be given a 48-hour timeframe to respond to a government request with clarifications (if any).

Such differing procedures contributes to the creation of a confusing legal ecosystem surrounding content takedown, leading to arbitrary ways in which Indian users experience internet censorship. Accordingly, it is important to harmonize the existing law in a manner that the procedures and safeguards are seamless, and the regulatory process of content takedown is streamlined.

2. Correct identification of scope and extent of the law: Design a liability framework on the basis of the differences in the intermediaries, and the content in question.

As I have highlighted before, regulation of illegal content online cannot be one-size-fits-all. Accordingly, a good law on content takedown must account for the nuances existing in the way intermediaries operate and the diversity of speech online. More specifically, there are two levels of classification that are critical.

One, the law must make a fundamental classification between the intermediaries within the scope of the law. An obligation to remove illegal content can be implemented only by those entities whose technical architecture allows them to. While a search engine would be able to delink websites that are declared ‘illegal’, it would be absurd to expect a cyber cafe to follow a similar route of responding to a legal takedown order within a specified timeframe.

Therefore, one basis of classification must incorporate this difference in the technical architecture of these intermediaries. Apart from this, the law must also design liability for intermediaries on the basis of their user-base, annual revenue generated, and the reach, scope and potential impact of the intermediary’s actions.

Two, it is important that the law recognizes that certain types of content would require more urgent treatment than other types of content. Several regulations across jurisdiction, including the NetzDG and the EU Regulation on Preventing of Dissemination of Terrorist Content Online, while problematic in their own counts, attempt to either limit their scope of application or frame liability based on the nature of content targeted.

The Indian law on the other hand, encompasses within its scope, a vast, varying array of content that is ‘illegal’, which includes on one hand, critical items like threatening ‘the sovereignty and integrity of India’ and on the other hand, more subjective speech elements like ‘decency or morality’. While an expedited time-frame may be permissible for the former category of speech, it is difficult to justify the same for the latter. More contextual judgments may be needed to assess the legality of content that is alleged to be defamatory or obscene, thereby making it problematic to have a shorter time-frame for the same.

Apart from the correct identification of scope and extent, it is important that there are sufficient procedural safeguards to ensure that the interests of the intermediaries and the users are not curtailed. While these may seem ancillary to the main point, how the law chooses to legislate on these issues (or does not), nevertheless has a direct bearing on the issue of content takedown and time-frames.

Firstly, while the Indian law mandates content takedown, it does not mandate a process through which a user is notified of such an action being taken. The mere fact that an incumbent intermediary is able to respond to removal notifications within a specified time-frame does not imply that its actions would not have ramifications on free speech. Ability to takedown content does not translate into accuracy of the action taken, and the Indian law fails to take this into account.

Therefore, additional obligations of informing users when their content has been taken down, institutes due process in the procedure. In the context of legal takedown, such notice mechanisms also empower users to draw attention to government censorship and targeting.

Secondly, a uniform time-frame of compliance, coupled with severe sanctions goes on to disrupt the competition against the smaller intermediaries. While the current law does not clearly elaborate upon the nature of sanctions that would be imposed, general principles of the doctrine of safe harbour dictate that upon failure to remove the content, the intermediary would be subject to the same level of liability as the person uploading the content. This threat of sanctions may have adverse effects on free speech online, resulting in potential over-censorship of legitimate speech.

Accordingly, sanctions should be restricted to instances of systematic violations. For critical content, the contours of what constitutes systematic violation may differ. The regulator must accordingly take into account the nature of content which the intermediary failed to remove, while assessing their liability.

4. Post-facto review of the time-frame for evidence based policy-making: Mandate transparency reporting.

Transparency reporting, apart from ensuring accountability of intermediary action, is also a useful tool for understanding the impact of the law, specifically with relation to time period of response. The NetzDG, for all its criticism, has received support for requiring intermediaries to produce bi-annual transparency reports. These reports provide us important insight into the efficacy of any proposed turnaround time, which in turn helps us to propose more nuanced reforms into the law.

However, to cull out the optimal amount of information from these reports, it is important that these reporting practices are standardized. There exists some international body of work which proposes a methodology for standardizing transparency reports, including the Santa Clara Principles and the Electronic Frontier Foundation’s (EFF) ‘Who has your back?’ reports. We have also previously proposed a methodology that utilizes some of these pointers.

Additionally, due to the experimental nature of the provision, including a review provision in the law would ensure the efficacy of the exercise can also be periodically assessed. If the discussion in the preceding section is any indication, the issue of an appropriate turnaround time is currently in a regulatory flux, with no correct answer. In such a scenario, periodic assessments compel policymakers and stakeholders to discuss effectiveness of solutions, and the nature of the problems faced, leading to evidence-based policymaking.

Why should we care?

There is a lot at stake while regulating any aspect of intermediary liability, and the lack of smart policy-making may result in the dampening of the interests of any one of the stakeholder groups involved. As the submissions to the draft amendments by various civil societies and industry groups show, the updated turnaround time suffers from issues, which if not addressed, may lead to over-removal, and lack of due process in the content removal procedure.

Among others, these submissions pointed out that the shortened time-frame did not allow the intermediaries sufficient time to scrutinize a takedown request to ensure that all technical and legal requirements are adhered to. This in turn, may also prompt third-party action against user actions. Additionally, the significantly short time-frame also raised several implementational challenges. For smaller companies with fewer employees, such a timeframe can both be burdensome, from both a financial and capability point of view. This in turn, may result in over-censorship of speech online.

Failing to recognize and incorporate contextual nuances into any law on intermediary liability therefore, may critically alter the way we interact with online intermediaries, and in a larger scheme, with the internet.