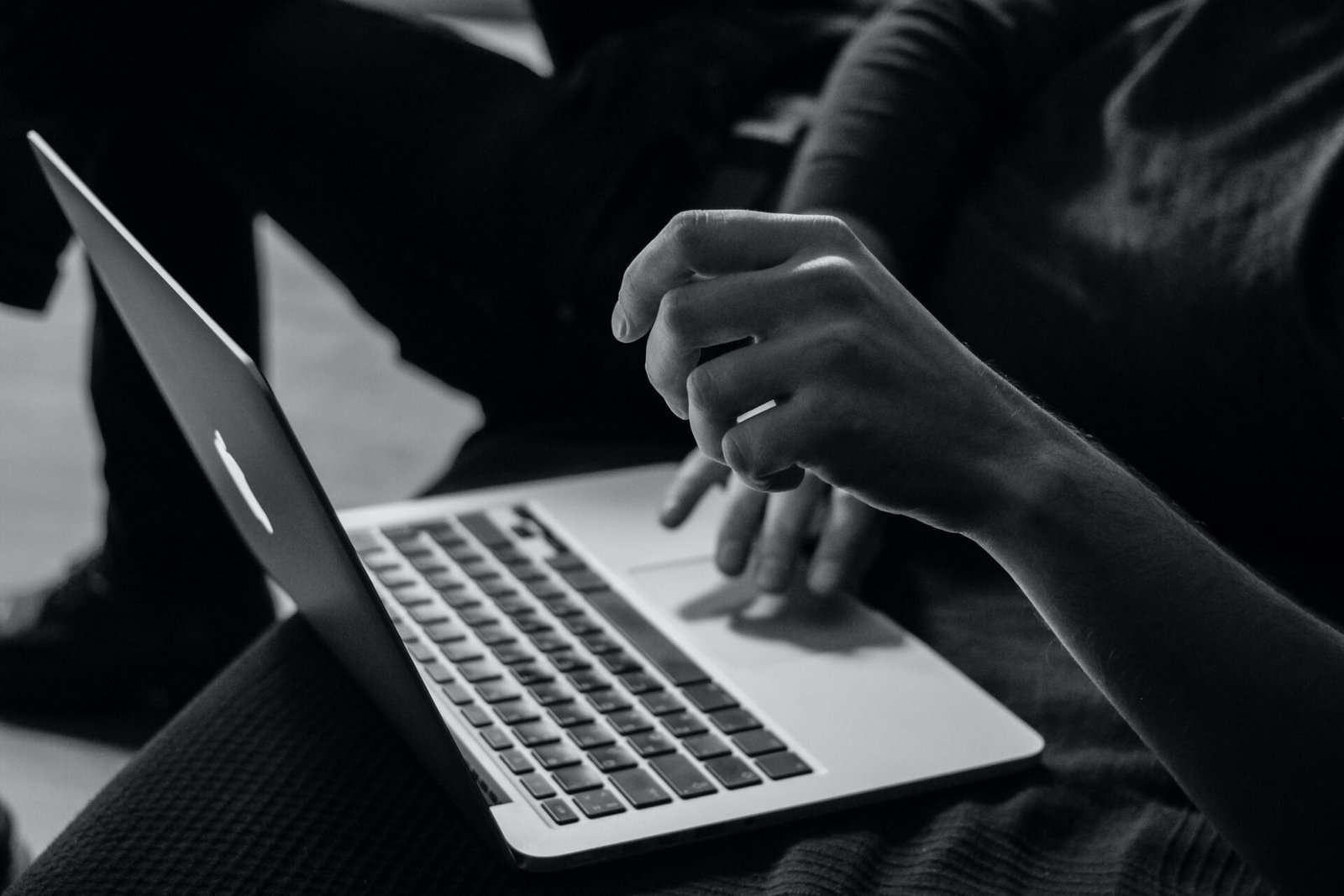 From PUBG to TikTok, online services are regularly blocked in India under an opaque censorship regime flowing from section 69A of the Information Technology (IT) Act. Russia happens to have a very similar online content blocking regime, parts and processes of which were recently challenged in the European Court of Human Rights (‘the Court’). This blogpost summarises the human rights principles applied by the Court to website blocking, and discusses how they can be instructive to petitions in the Delhi High Court that challenge arbitrary censorship in India.

On 23 June 2020, the Court delivered four judgements on the implementation of Russia’s Information Act, under which content on the internet can be deemed illegal and taken down or blocked. Under some of these provisions, a court order is not required, and the government can send a blocking request directly to Roskomnadzor, Russia’s telecom service regulator. Roskomnadzor, in turn, requests internet service providers (ISPs) to block access to the webpage or websites. Roskomnadzor also notifies the website owner within 24 hours. Under the law, once the website owner notifies the Roskomnadzor that the illegal content has been removed from the website, the Roskomnadzor verifies the same and informs ISPs that access to the website may be restored for users.

In the case of Vladimir Kharitonov, the complainant’s website had been blocked as a result of a blocking order against another website, which shared the same IP address as that of the complainant. In Engels, the applicant’s website had been ordered by a court to be blocked for having provided information about online censorship circumvention tools, despite the fact that such information was not unlawful under any Russian law. OOO Flavius concerned three online media outlets that had their entire websites blocked on the grounds that some of their webpages may have featured unlawful content. Similarly, in the case of Bulgakov, the implementation of a blocking order targeting extremist content (one particular pamphlet) had the effect of blocking access to the applicant’s entire website. In both the cases of Engels and Bulgakov, where court proceedings had taken place, the proceedings had been concluded inter se the Prosecutor General and server providers, without the involvement of the website owner. In all four cases, appeals to higher Russian courts had been summarily dismissed. Even in those cases where website owners had taken down the offending content, their websites had not been restored.

The Court assessed the law and its application on the basis of a three-part test on whether the censorship is (a) prescribed by law (including foreseeability and accessibility aspects of the law), (b) necessary (and proportionate) in a democratic society, and (c) pursuing a legitimate aim.

Based on the application of these tests, the Court ruled against the Russian authorities in all four cases. The Court also held that the wholesale blocking of entire websites was an extreme measure tantamount to banning a newspaper or a television station, which has  the collateral effect of interfering with lawful content. According to the Court, blocking entire websites can thus amount to prior restraint, which is only justified in exceptional circumstances.

The Court further held that procedural safeguards were required under domestic law in the context of online content blocking, such as the government authorities: (a) conducting an impact assessment prior to the implementation of blocking measures; (b) providing advance notice to website owners, and their involvement in blocking proceedings; (c) providing interested parties with the opportunity to remove illegal content or apply for judicial review; and (d) requiring  public authorities to justify the necessity and proportionality of blocking, provide reasons as to why less intrusive means could not be employed and communicate the blocking request to the owner of the targeted website.

The Court also referenced an earlier judgment it had issued in the case of Ahmet Yildirim vs. Turkey,  acknowledging that content creators are not the only ones affected; website blocking interferes with the public’s right to receive information.

The Court also held that the participation of the ISP as a designated defendant was not enough in the case of court proceedings concerning blocking requests, because the ISP has no vested interest in the proceedings. Therefore, in the absence of a targeted website’s owner, blocking proceedings in court would lose their adversarial nature, and would not provide a forum for interested parties to be heard.

The online censorship regime in India is similar to Russian terms of legal procedure, but perhaps worse when it comes to  the architecture of the law’s implementation. Note that for this discussion, we will restrict ourselves to government-directed blocking and not consider court orders for content takedown (the latter may also include intellectual property infringement and defamatory content).

Section 69A of the Information Technology (IT) Act permits the Central Government to order intermediaries, including ISPs, to block online content on several grounds when it thinks it is “necessary or expedient” to do so. Amongst others, these grounds include national security, public order and prevention of cognisable offences.

In 2009, the Information Technology (Procedure and Safeguards for Blocking for Access of Information by Public) Rules, 2009 (‘blocking rules’) were issued under the Act. They lay out an entirely executive-driven process: a committee (consisting entirely of secretaries from various Ministries) examines blocking requests from various government departments, and finally orders intermediaries to block such content.

As per Rule 8, the chairperson of this committee is required to “make all reasonable efforts identify the person or intermediary who has hosted the information” (emphasis ours) and send them a notice and give them an opportunity for a hearing. A plain reading suggests that the content creator can then not be involved in the blocking proceedings. Even this safeguard can be circumvented in “emergency” situations as described in Rule 9, under which blocking orders can be issued immediately. The rules ask for such orders to be examined by the committee in the next two days, where they can decide to continue or rescind the block.

The rules also task a separate committee, appointed under the Telegraph Act, to meet every two months to review all blocking orders. Pertinently, only ministerial secretaries comprise that committee as well.

These are the limited safeguards prescribed in the rules. Public accountability in the law is further severely limited by a requirement of strict confidentiality (Rule 16) of blocking orders. With no judicial, parliamentary or public oversight, it is easy to see how online censorship in India operates in complete secrecy, making it susceptible to wide abuse.

When the constitutionality of provision and the blocking rules was challenged in Shreya Singhal v. Union of India, the Supreme Court was satisfied with these minimal safeguards. However, it saved the rules only because of two reasons. First, it noted that an opportunity of a hearing is given “to the originator and intermediary” (emphasis ours: notice how this is different from the ‘or’ in the blocking rules). It also specifically noted that the law required reasoned orders that could be challenged through writ petitions.

On this blog, Gautam Bhatia has earlier argued that the judgment then should be read as obligating the government to mandatorily notify the content creator before issuing blocking orders. Unfortunately, the reality of the implementation of the law has not lived up to this optimism. While intermediaries (ISPs when it comes to website blocking) may be getting a chance to respond, content creators are also almost never given a hearing. As we saw in the European Court’s judgment, ISPs do not have any incentive to challenge the government’s directions.

Additionally, although the law states that “reasons [for blocking content are] to be recorded in writing”, leaked blocking orders suggest that even ISPs are not given this information. Apart from the opacity around the rationale for blocking, RTI requests to uncover even the list of blocked websites have been repeatedly rejected (for comparison, Roskomnadzor at least maintains a public registry of websites blocked in Russia). This lack of transparency and fair proceedings also means that entire websites may be getting blocked when there are only specific web pages on that website that serve content related to unlawful acts.

When it comes to the technical methods of blocking, the rules are silent, leaving this decision to the ISPs. While a recent study by the Centre for Internet and Society showed that popular ISPs are using methods that target specific websites, there are some recent reports that suggest ISPs may be blocking IP addresses too. The latter can have the effect of blocking access to other websites that are hosted on the same address.

There are two challenges to the rules in the Delhi High Court, serving as opportunities for reform of website blocking and content takedown in India. The first was filed in December 2019 by Tanul Thakur, whose website DowryCalculator.com (a satirical take on the practice of dowry) was blocked without any notice or hearing. Tanul Thakur was not reached out to by the committee responsible for passing blocking orders despite the fact that Thakur has publicly claimed its ownership multiple times, and has been interviewed by the media about the website. When Thakur filed a RTI asking why DowryCalculator.com was blocked, the Ministry of Electronics cited the confidentiality rule to refuse sharing such information!

This month, an American company providing mobile notifications services, One Signal Inc., has alleged that ISPs are blocking its IP address, and petitioned the court to set aside any government order to that effect because they did not receive a hearing. Interestingly, the IP address belongs to a popular hosting service provider, which serves multiple websites. Considering this fact and the lack of transparency in blocking orders, one may question whether One Signal was the intended target at all! The European Court’s judgment in Vladimir Kharitonov is quite relevant here: ISPs should not be blocking IP addresses that are shared amongst multiple websites, because such a measure can cause collateral damage, and make other legitimate expression inaccessible.

Given the broad similarities between the Indian and Russian website blocking regimes, the four judgements by the European Court of Human Rights will be instructive to the Delhi High Court. Note that section 69A is used for content takedown in general, i.e. censoring posts on Twitter,  not just blocking websites): the right to hearing must extend to all such content creators. The principles applied by the European Court can thus provide for a more rights respecting foundation for content blocking in India for the judiciary to uphold, or for the legislature to amend.

1 thought on “Notes From a Foreign Field: The European Court of Human Rights on Russia’s Website Blocking”