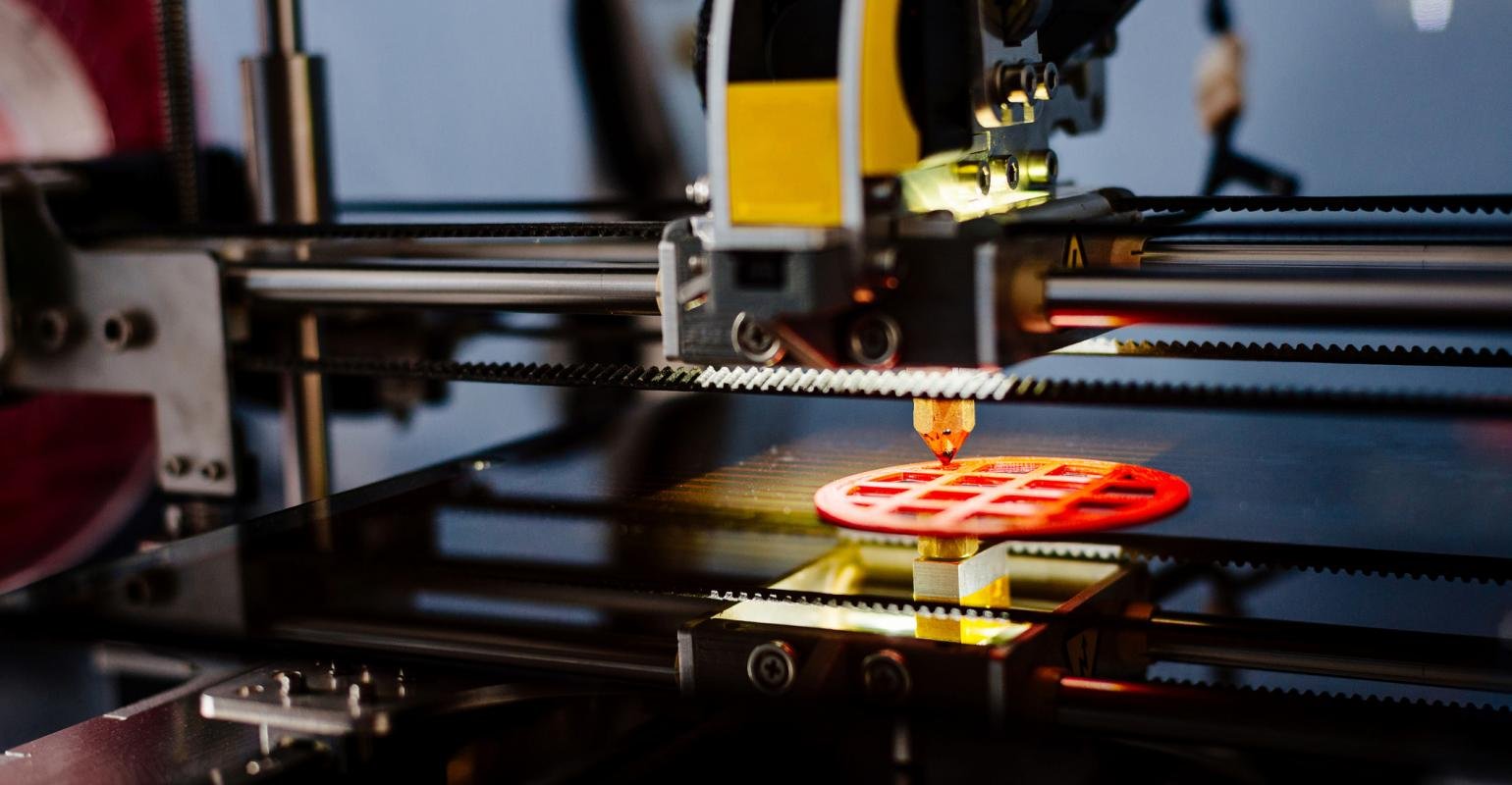 Additive manufacturing, better known as ‘3D printing’, is an innovative manufacturing technique which involves the creation of three-dimensional objects using a variety of methods, based on a digital design file containing a 2D blueprint for the final object. In recent years, inexpensive 3D printers using plastics as raw materials have appeared on the market, with some costing as little as US$300, cheaper than many smartphones.

While still rudimentary, these machines allow their owners to make objects that previously would have required much more expensive equipment in a factory setting. Furthermore, digital design files for 3D printing are available freely on Internet sites such as Thingiverse and GitHub. The decentralised and digitised aspects of 3D printing have raised similar issues for intellectual property infringement and intermediary liability as we have seen with the Internet itself.

This author has been working on legal and regulatory aspects of 3D printing for more than 5 years and wrote the first research monograph on this topic, Socio-Legal Aspects of the 3D Printing Revolution, in 2016, although that book focussed on developments in Northern/Western jurisdictions such as the United States, European Union and Australia. This reflected much of the existing research on 3D printing being located in the Global North/West, despite the fact that it has been posited by various commentators, including WIPO, that 3D printing may have different, and more impactful, trajectories in the Global South and also in remote areas.

It was this gap which inspired the proposal of a research project examining 3D printing’s current and potential future relationship with intellectual property (IP) in some developed and emerging economies to the United Kingdom Intellectual Property Office. This international, interdisciplinary project, 3D Printing and Intellectual Property Futures, ran from 2016 and concluded in late 2018 with the publication of a Final Report.

In the 3DPIP Futures project, we investigated the actual and potential future relationship between 3D printing and IP, in various countries in Europe and Asia, namely China, France, India, Russia, Singapore and the UK. We conducted fieldwork in the form of horizon scanning workshops with 3D printing ecosystem stakeholders in all these locations between September 2017 and April 2018. A general overview of the project and its IP-related findings is available elsewhere. This brief analysis will focus on our research on the three BRICS countries, China, India and Russia, which we included in our project.

Project constraints entailed that we could not conduct research in all BRICS countries (as much as we would have liked to!), and our existing knowledge, experience and contacts led us to choose China, India and Russia to include in our project, over Brazil and South Africa. The following paragraphs offer an overview of the 3DPIP situation in China, India and Russia, before moving to some relevant project findings.

China presents a very interesting example of the development of 3D printing and IP. China has its own culture of making: there are many makerspaces throughout the country, after the opening of Shanghai’s XinCheJian (新车间) in 2010, and Chinese maker culture is characterised by the idea of ‘shanzhai’ (山寨), which represents an alternative, self-reliant open innovation vision for novel and remixed products ‘created in China’.

Similarly to Chinese Internet services, there is an emerging localised ecosystem of 3D printing service providers, and Western entities such as Thingiverse are less prevalent there. There are also various government initiatives to develop Chinese industry, technology and the economy which affect or involve 3D printing, the most (in)famous being the Made in China 2025 policy.

There is a complex relationship between 3D printing and IP in China. Open innovation approaches, and the expiry of patents on 3D printing, have been viewed as key developments for the Chinese 3D printing industry. Yet attitudes towards IP have evolved in China: previously it has been viewed as a ‘user’ of the IP of others, especially in the West, but the Chinese Government has undertaken significant reform of IP law (although enforcement remains a challenge).

The presence of 3D printing in China itself, both in terms of most of the 3D printing machines used globally being made there, and the more creative and innovative uses of 3D printing within China, which may stymie attempts by Western and developed economies to ‘onshore’ manufacturing back from China through 3D printing and other forms of ‘making’. We viewed China as moving towards a capitalist innovation paradigm and in many cases instituting policies not so dissimilar from the West. This includes a complex relationship with IP, both currently and in the projected futures for 3D printing.

3D printing is less prevalent in India compared to China, but India shows significant potential for future development. Similarly to China (and in fact most of the other countries we investigated), the Indian Government has implemented policies to stimulate digitisation and advanced manufacturing in the country.

Notable among these policies are Digital India and Make in India. The latter policy draws on ideas of ‘swadeshi’, promoting Indian business and products through protectionist strategies and the formation of innovative ICT, service and manufacturing clusters. These clusters are now beginning to attract skilled graduates especially from IITs who might otherwise have left the country, which seems to be having a knock-on effect on the increased number of patents now being filed in India.

In India, the role of open innovation and commons approaches was viewed as significant in the past, present and going into the future for the country, particularly along with local technology diffusion to facilitate India becoming a fully digital society. Yet other trends in India for 3D printing, innovation and IP may tend towards more conventional capitalist characteristics. Thus, the picture again for India is complex.

India’s very large young population, emerging middle class and pre-existing manufacturing and logistics conditions make it a possible site for a large manufacturing paradigm change involving 3D printing. Although India may not replace China as the ‘World’s Factory’ it could be the site of pioneering localised and distributed manufacturing, a model which may be adopted elsewhere especially in other parts of the Global South.

3D printing has been present in Russia since at least 2011. Prior to this, especially in the 1990s and early 2000s, Russia had the reputation for widespread music, video and software piracy. However, this is no longer the case, with the current trend being for Russians to buy original, official products, to the extent that they will take out loans to buy smartphones. The Russian government has its own innovation policies, which involve improving legal protection for Russian innovations and by 2035 creating a network of Factories of the Future in Russia.

However, at present there is much less patenting activity in Russia regarding 3D printing compared to China and India. At the consumer end, while 3D printers have come down in price, they are still quite expensive for the average Russian consumer, comprising more than half of the average monthly salary for a cheap 3D printer. Yet Russians can access 3D printers in many schools, universities and FabLabs. A more localised future scenario with individuals engaging in co-creation (although not necessarily owning their own 3D printers at home) was viewed as a likely future scenario in Russia, which may involve capitalist IP production and usage.

Overall, we found a number of similarities across the countries we investigated, both BRICS and non-BRICS. These similarities included government policies to stimulate the creation and take-up of new technologies including 3D printing. Another similarity is that 3D printing does not currently appear to be posing fundamental threats to IP in any of the countries we looked at. But IP is also not unimportant for 3D printing in the countries, as we saw from the emphasis on patenting activity, the expiry of patents leading to greater technology dissemination and the possibility of more IP litigation.

A point of difference among the countries comprised the future outlooks for 3D printing and IP, which varied significantly. The BRICS countries we examined, and Singapore, were broadly aligned to a capitalist future outlook which would likely implement/preserve ‘conventional’ IP laws and practices. The future outlook for the UK and France diverged from this picture by opening more possibilities for commons-based scenarios which may challenges conventional IP.

The complexities of the 3D printing and IP relationship both now and in the future in the countries we looked at seems to evidence the need for research on digital technologies to adopt more global approaches and scopes, and in particular take account of developments in BRICS countries. A traditional approach in Western jurisdictions has been to examine the US and European Union developments, especially regarding Internet governance and regulation. This approach is too limited given global digitisation, technology use and technology development.

The emerging strength of BRICS countries in technology governance, and the complex pictures this comprises in each country, must be taken account of in any internationalised study of emerging digital technology and its interaction with laws, regulation and other forms of governance – something we aimed to do in the 3DPIP Futures project.

Our research offers an insight into how some BRICS countries are developing, implementing and governing 3D printing. However, it is only one insight – continuing research is necessary to examine and document how digital technologies including 3D printing are being used, applied and regulated around the world, especially in the many Asian, African and Latin American countries we were unable to consider.

Angela Daly is a European socio-legal scholar currently based at the Chinese University of Hong Kong Faculty of Law. Her research is on the regulation of new digital technologies, and how ‘large jurisdictions’ of the EU, US and BRICS approach this topic. She is a CyberBRICS associated scholar.

The author would like to acknowledge the UK Intellectual Property Office which funded this research, and her project collaborators Thomas Birtchnell, Thierry Rayna, Ludmila Striukova, Luke Heemsbergen and Jiajie Lu.