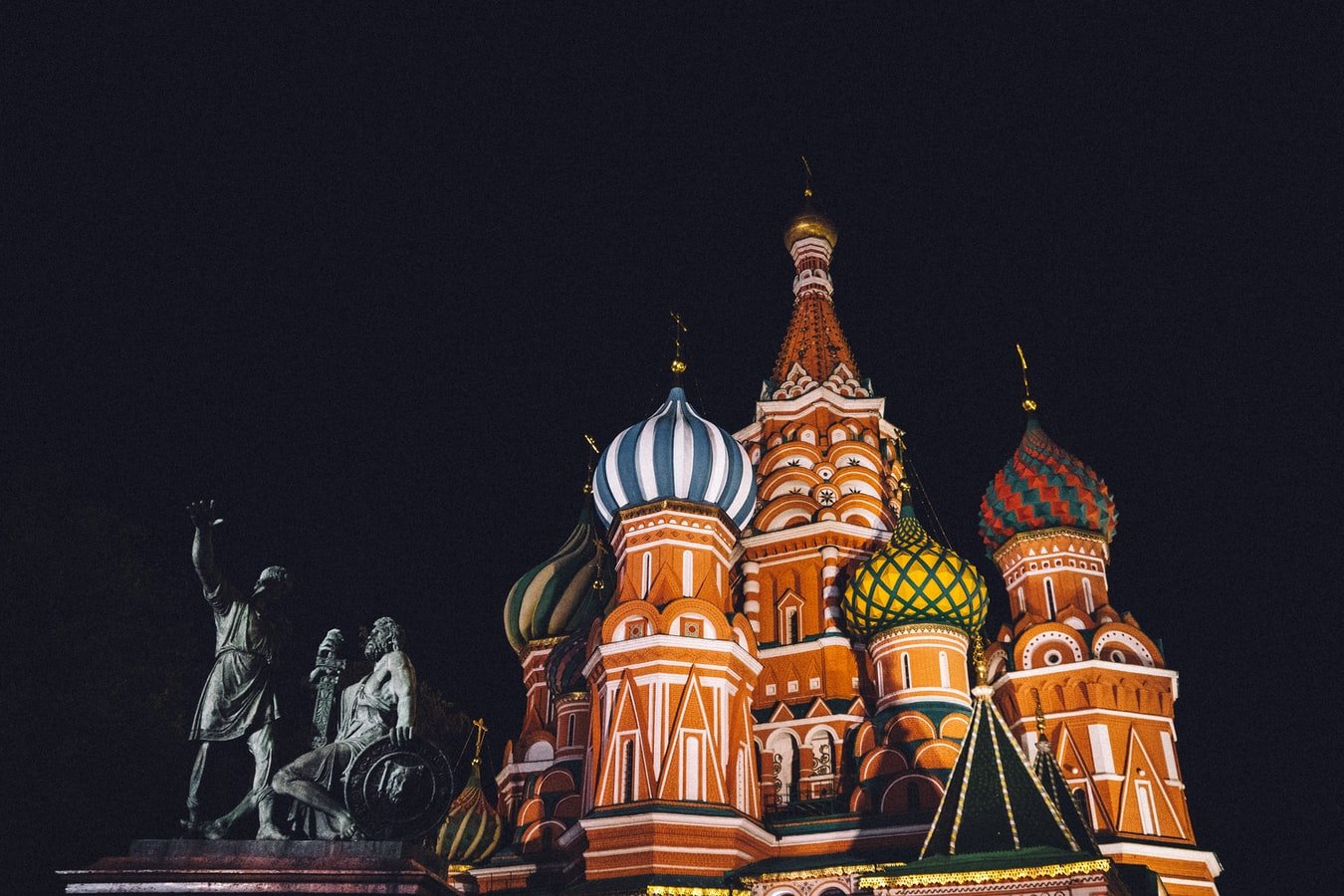 By Anna Orlova and Andrey Shcherbovich

Since March 2020, Russia has been suspected of information warfare, that is, proactive state propaganda and dissemination of the so-called “fake news”, in response to the coronavirus crisis. This information war aims to diminish and downplay the current state of coronavirus pandemic in Russia.

Russia and China, in particular, were accused of spreading online COVID-19 disinformation by a group of EU experts investigating disinformation and fake news in the midst of the coronavirus crisis.

Meanwhile opposition/free journalism attempts to report on the COVID-19 pandemic in the country are being blocked. Laws on “fake news” and law which prohibits the spread of fake information in light of COVID-19 — both of which define “fake news/information” very vaguely and allow a state official to simply claim that a news article is “fake news” to have it removed — are being used used to do that.

The situation of state censorship is further aggravated by the fact that a year ago, Russia passed the “fake news” law (Federal Law on Amendments on the Law on Information, of 13.03.2019 31-FZ). According to the so-called law on “fake news”, distribution of deliberately unreliable socially important information in the media, as well as in information in telecommunication networks under the guise of reliable messages shall entail the imposition of an administrative fine for citizens from thirty thousand to one hundred thousand roubles (an equivalent of US$450 and US$1500 respectively at the time when the law was passed).

On March 31, in response to COVID-19, Russia passed amendments to legislation on “fake news”, in particular, regarding the spread of fake information that can threaten people’s life and safety as well as distributing deliberately false information of public significance. Violation of these amendments can imply imprisonment from three to five years. As such, the free flow of information is altered by filtering and blocking practices, legitimised in particular by the law on “fake news”.

Roskomnadzor, the federal executive body in charge of media regulation and control, has threatened to block Novaya Gazeta’s website, an opposition Russian media outlet, in case it failed to remove a COVID-19 related article by journalist Elena Milashina within 24 hours. Published on April 12, 2020, the article covered events on the coronavirus pandemic in Chechnya. This request came after Milashina was verbally attacked by the Chechen leader Ramzan Kadirov, who has also called the article fake news and referred to the Russian “foreign agent” law calling for the Russian Federal Security Service (FSB) to investigate Novaya Gazeta.

Remarkably Roskomnadzor did not specify which part of the article was considered “fake news” and, instead, it merely referred to the order from the Prosecutor General’s Office to remove this content.

The epicentre of the coronavirus pandemic is the Russian capital, Moscow. The call for citizens to abide by the rules of self-isolation did not work, new rules were introduced to suppress the rapid spread of disease in the country.

On April 15, a new anti-coronavirus measure called the “pass entry system” began to operate in Moscow and the Moscow Region (and later in several other regions of Russia). In Moscow, the system was launched by decree of the capital’s mayor, Sergei Sobyanin, and aimed at using so-called “special digital passes”. The pass entry system is based on Moscow’s electronic government portal. The digital pass must be requested either online on the Moscow government’s official website, over the phone or per SMS message. Moscow citizens are not allowed to travel without the pass, and everyone is being checked at the entrance of the subway stations. These checks have been creating passenger jams and many were complaining about it and criticising the pass system. A similar situation happened with the drivers, in the first days after the introduction of digital passes, every car was checked and that caused massive traffic jams at the highways entrances to the city. Procedure for requesting a digital pass that is divided into three categories — for work, medical purposes, and private — had a number of flows and issues, bringing confusion among citizens of Moscow and the Moscow region. Issues with protection of personal data and with digital pass update and reissuing in case of expiration, were reported, among others. Also, there are many sub-categories of digital passes and the procedure is not very intuitive for the vulnerable groups of citizens (such as the elderly) especially if they don’t possess a smartphone or a PC, which is often the case.

The digital pass is supposed to be instrumental to implement the “high readiness regime” (rezhim povishennoy gotovnosti) that was introduced in Moscow on March 05. Initially the high readiness regime imposed restrictions on mass events, schools and universities were put on holidays or on distant learning mode, obligatory 14 days self-isolation for everyone returning from countries with unfavourable epidemiological situations. It has since been expanded with further measures a number of times. By March 29, Moscow authorities had ordered citizens of the capital, regardless of their age, to not leave their homes.

Importantly, the regulatory acts of the city of Moscow cannot contradict federal legal documents of higher legal force, and especially the Constitution of the Russian Federation.

Moscow mayor, as well the governors of the regions of Russian Federation, have been granted powers to restrict rights in response to the COVID-19 crisis by the oral order of the President of Russian Federation. However, as the president has not issued a decree enforcing the regime of emergency, and therefore the Law on Emergencies has not been applied, the powers that Moscow mayor and the governors have been granted are not legally justified and do not include restrictions on freedom of movement.

Failure by citizens to comply with the requirements of regulatory legal acts of the city of Moscow aimed at introducing and ensuring a high readiness regime in Moscow, including failure to provide for a regime of self-isolation, would imply bearing administrative liability.

Unlike censorship, online surveillance is not authorised by the Russian law and does not fall under the legislation that justifies the use of such technology in the case of a coronavirus crisis.

Another surveillance measure, an automated face recognition system, was first used in Moscow in February 2020 to control citizens prescribed to self-isolate for 14 days after coming back to Russia from China. Later, it became known that the same system will be put to track the whole population of Moscow.

Combining various elements of digital and technical infrastructure, such as Moscow’s city CCTV system, Artificial Intelligence, smartphone geodata provided by telecom operators, and face recognition solution developed by NtechLab, this system offers capability to track every citizen. However, so far the tracking will be focused on a limited list of people, created at the federal level (from the lists formed by agencies/operating bodies with the right to access the system) within the provision that allows surveillance and tracking of a person.

Both the surveillance and control measures — digital pass and Moscow’s automated recognition system — are based on Moscow’s electronic government framework embodied in a Moscow Smart City project that has been put into practice over the last decade.

The combination of the online and offline surveillance allows the government to control people’s access to information and freedom of movement. For Russia, such measures can be seen as essential to cope with emergencies like COVID-19, given that several other countries have applied similar measures, such as China, Italy and Spain. However, Russia has not yet declared a state of emergency which would be the legal basis for a total lockdown that is a complete quarantine measure for everyone allowing to implement emergency measures on a large scale.

Russia has specific legislation on the sanitary and epidemiological welfare of the population, as well as the Federal Constitutional Law on the state of emergency (Constitution, 1993). Therefore the Russian law clearly outlines the legitimate legal regime in case of pandemic. The high readiness regime, which was introduced in Moscow on March 5 and in rest of Russia on March 19, and has since been constantly tightened and made more restrictive, is neither based nor justified by the law. Instead the legitimate regime that should have been declared in case of an epidemic would be the regime of quarantine prescribed in accordance with the Russian law.

The Russian law defines an emergency as a situation in a certain territory developed from a spread of a disease that poses a danger to others, among other causes, that could result in or results in human casualties, damage to human health or the environment, significant material losses and disruption of human activity (Federal Constitutional Law on Emergencies of 30.05. 2001 № 3-FKZ). During the period when all working activities were stopped by the presidential decree, the high readiness regime was initially active till the end of April 2020 with prolongation till the end of May 2020, financial losses along with the severe limitations to people’s living conditions – in addition to the risk of infection – all together became a massive problem for Russian population.

Under Article 18 of the aforementioned law on Emergencies that lists the rights and obligations of citizens in case of emergency, Russian citizens are entitled to medical care and compensation of damages. Given that there was spread of the COVID-19 disease, danger posed to others, human casualties, damage to people’s health, significant material losses, and limitations of the living conditions of people, the current situation in Russia can be clearly defined as an emergency. However, the state of emergency, that would oblige Russian authorities to reimburse financial losses to the millions of Russian citizens, was not declared.

The reluctance of the Russian state to declare the state of emergency and therefore enforce a quarantine in Russia can also be explained by the unwillingness of the state to further delay the public vote for the proposed changes in the constitution of the Russian Federation.

In whichever light we perceive these issues, there are already clear indications that Russian citizens are disagreeing with the governmental stance and demanding the declaration of the state of emergency and provision of financial aid to the people.

A wave of digital protests swept across Russia’s main cities like Moscow, St. Petersburg, Ekaterinburg, Rostov-on-Don, Samara, Chelyabinsk, Nizhny Novgorod, Novosibirsk and many others. Russian citizens are using the services of Russian tech giant Yandex — in particular to its services Yandex.Maps, Yandex.Navigator and Yandex.Conversations — to protest and show their discontent.

Using the services in real time mode, protesters virtually gather in locations that usually serve for meetings or protests in the city. According to online newspaper Meduza registered in Latvia, residents of Rostov-on-Don on April 20 staged a virtual rally against the high readiness regime. To do it, they used the “Conversations” function in the mobile version of Yandex.Maps and Yandex.Navigator, which allows you to put a point on the map and write a comment on it.

Residents of Rostov added “dots” near the building of the regional government and wrote that due to the advisory nature of the high readiness regime, those who lose their jobs do not receive social assistance. Some demanded that either full quarantine be introduced so that one could rely on state aid, or restrictions that prevented people from working should be revoked. In total, there were several hundred comments stating protest.

Russia has taken a set of reactive measures to combat coronavirus pandemic. At the time of the writing, these measures appear to be incremental, imposing increasing restrictions online and offline. Dissatisfaction regarding how Russian authorities are handling the coronavirus infection is on the rise and a large number of observers is questioning both the legality and constitutionality of the adopted measures.