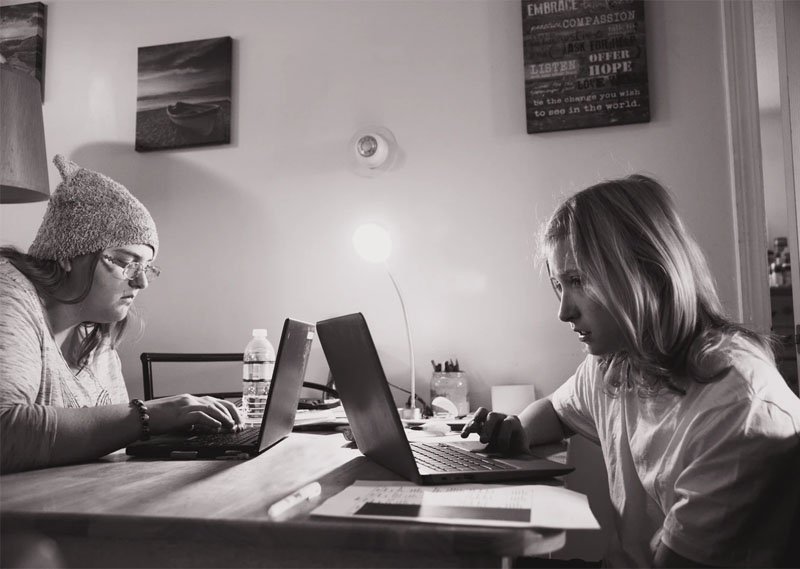 The COVID-19 pandemic has harshly highlighted the fundamental importance of Internet access, and the total exclusion that the unconnected face in times of crises.

For some of us, our new routine comprises of e-learning, telemedicine, online meetings, and using e-commerce and delivery apps for our essentials. This is only possible if we have connectivity: without Internet access, it is simply impossible to isolate while also having access to basic social and work interactions.

For the almost 4 billion people in the world who do not have Internet access, who cannot afford connectivity during the pandemic, the arrival of COVID-19 equals house-arrest.

Additionally, an undefined portion of the population formally considered as “connected” is de-facto only partially connected. Official statistics consider a connected individual someone who has accessed the Internet at least once over the past three months. Besides being a rather questionable way of defining who can be deemed as an individual enjoying Internet access, this definition simply fails to consider that an incredibly large number of undue restrictions, either politically or economically motivated, can affect one’s connectivity, thus enormously restricting Internet openness.

If your Internet connectivity is blocked or throttled for political reasons, but you have access to a reduced number of government approved websites, you would be considered as a “connected individual”, according to the commonly used definition, but the degree to which you can enjoy Internet access is very limited. By the same token, if you are a needy person who cannot afford to pay for Internet access, and only receives sponsored social networks on her smartphone (so-called zero rating plans), you are far from being an Individual connected to the Internet, though you are officially considered as one.

An Internet user is an active “prosumer” as he or she has the ability to access but also to create any content or applications and share them easily at low cost. Users can actively contribute to the evolution of the Net through their creativity. This fundamental Internet feature has allowed innovation to flourish online, reducing barriers to communication, participation and cooperation end empowering the end users at the edges of the network.

However, a user who is free to decide, communicate, innovate and disrupt, represents a risk for established political and economic powers. On the contrary, when users’ attention is artificially concentrated into authorised websites and service provided by commercial partners, the prosumers turn into passive individuals, only receiving approved information and whose personal data can be collected ad infinitum.

The more time an individual spends on a given service, the more data on him can be extracted, refined and traded.

Hence, while forcibly keeping us at home, the COVID-19 pandemic obligates us to face some tough questions. How can almost half of the world population be regularly excluded from the Internet, which increasingly forms an integral part of our social, political, and economic life? How can we think that those enjoying a glimpse of Internet access, and only accessing a small number of predefined services can be considered as connected individuals? How can we think that “sponsored” applications, the access to which is paid with personal data, rather than with money, represent a sustainable business model, instead leading to the concentration of data in the hands of few dominant and frequently unaccountable corporations? What could be done differently?

To address such questions, and provide concrete answers we decided to organise this symposium dedicated to Internet Openness at Times of Crises. Several dimensions of Internet openness will be explored from a variety of perspectives although, of course, it will not be possible to be exhaustive.

Although the openness debate also interests issues such as data portability and the interoperability of digital platforms, we decided to focus primarily on connectivity challenges in this symposium as it is a product of the IGF coalitions on Net Neutrality and Community Connectivity. Below, some initial food for thought, to start our conversation

To appreciate what is behind this symposium and the general concerns regarding Internet openness it is key to understand that the original structure of the Internet gave birth to a general-purpose network where any kind of information is encapsulated into “data-packets” and conveyed according to a “best effort”. This latter point is particularly relevant as, by transmitting all information on a best-effort basis, the Internet allows to access and share all content and applications in a non-discriminatory fashion.

For the first time, network operators act as “mere conduits”, simply transporting data-packets in a neutral fashion, while the user can choose for what purpose use the network. For the first time, end-users acquire an active role, independently deciding how to use and – why not? – create apps, services and any kind of content. For the first time, individuals are truly free to “seek, receive and impart information and ideas of all kinds, regardless of frontiers and without interference.”

To safeguard such a user-empowering structure, several legislatures around the world have debated net neutrality principles mandating non-discriminatory Internet access and enshrined them within the law. Indeed, over the past 20 years the Internet ecosystem has been visibly changing, posing some tangible threats to the original openness.

Traditional media and communications systems have been converging into one single Internet ecosystem. Content and application providers have been vertically integrating with network operators and what was a quintessentially open and decentralized environment has been centralizing. Few tech giants with almost unlimited financial capacity and influence have emerged, while existing policies struggle to contain them.

Meanwhile, Internet access has become essential to convey the information to form one’s own opinion regarding who to vote for, whom to trust, what to purchase and so on. When the openness of such environment is unduly restricted, democracy, fundamental rights and the rule of law are endangered. And this is why Internet openness must be preserved.

Zero Rating and the Scramble for Data

While Net Neutrality policies have been usually adopted to preserve openness and avoid undue blocking or throttling, the emergence of Zero Rating offerings in numerous countries has triggered a new breed of Net Neutrality debates, focusing on the impact of price discrimination.  Zero rating models are mainly implemented on mobile networks and are based on subsidizing a limited set of applications, whose data consumption is not counted against the users’ data allowance. To understand the rise of Zero Rating, four factors must be considered.

First, the Internet is increasingly accessed via mobile and wireless devices. Although such devices usually access the Internet via WiFi, many of them solely rely on mobile Internet connection. Second, the provision of audio-visual services is becoming a key strategic objective for many operators that have witnessed the saturation of many Internet access markets – as there is only a limited percentage of people able to pay for Internet access in any given country  – and seen their revenues plateauing. Hence, they are vertically integrating with content and application providers.

Third, and perhaps chiefly, personal data is the “world’s most valuable resource” and, in order to collect it, app providers and operators are becoming ready to sponsor users’ access to applications. Sponsoring access to applications must be seen in the context of a real “Scramble for Data,” where market players struggle to capture users’ attention and, consequently, their personal data. Hence the Net Neutrality and Internet Openness debate has become intimately intertwined with data protection.

In this context, the purpose of Zero Rated offerings may be to steer users’ Internet experience towards the mere use of sponsored services. Particularly, when subsidized access to a few applications is combined with the imposition of limited data caps, Internet users – especially the less wealthy – may have a strong incentive to access only sponsored applications.

The purpose of sponsoring access only to a limited set of applications makes sure that (new) users become reliant – and possibly addicted – only to the sponsored services, always remaining passive consumers and never being able to create new apps competing with what you sponsor. While providing controlled communication free of charge, zero rating plans – the majority of which are based on the combination of low data caps with sponsored services – ensure that users’ data will keep on flowing unidirectionally into the servers of the applications’ sponsor.

Brazil is a telling example. A broadband connection can cost up to 15 percent of a household’s income, mobile plans with unlimited data, common in rich countries, are rare, while “zero rating” plans that typically sponsor access only to social networks like Facebook, WhatsApp and Twitter are extremely common.

More than half Brazilian users utilize such plans. As a result, 95 percent of them affirm they mostly go online for messaging apps and social media.

Concretely, this means that the personal data of the majority of the population is continuously harvested by and concentrated into the hands of a few entities that, coincidentally, are also deemed as the main vectors of so-called “fake news”. This situation is very common in several developing countries that have no data protection or very weak protections. Try to imagine what could possibly go wrong.

Many groups of individuals around the world have not resigned to be left with the false choice between zero rating plans paid with personal data or no access at all. An increasing number of people have decided to take their economic, social and cultural development in their hands, becoming the protagonists of their digital future and establishing their own crowd-sourced infrastructure, known as Community Networks.

From Argentina to Zambia, local communities are building their own networks, to overcome lack of Internet coverage and to develop services that cater for the needs of the local populations, creating new opportunities for learning, trading and creating new jobs for the locals, in an open and decentralized fashion.

Importantly, community networks represent a new paradigm, where connectivity is considered and is managed as a common good. Indeed, these networks are designed, owned and managed by the local communities that decide to create them and that retain control on them.

Community networks are open by design and by default because there is no need for the provider to favour a commercial partner or disfavour a competitor. The community is the provider and all network users are partners in developing shared connectivity.

These experiences tellingly demonstrate that, when the unconnected have basic information on how to build their network infrastructure and the freedom to choose this option, they do so. By doing so, they demonstrate that empowered individuals, able to decide how their data are used and free to access and share content and innovation are a driving force of openness, sustainability and self-determination.

The perspectives and studies to be shared in this Symposium will highlight how these three dimensions are intimately intertwined in the digital environment and why Internet Openness has to be considered fundamental to overcome crises such as the COVID-19 pandemic.

Medianama’s online symposium on the value of Internet Openness at the time of COVID-19 is a joint outcome of the Internet Governance Forum coalition on Net Neutrality and Community Connectivity. This is the first article in the series. Read all the articles in the symposium here.