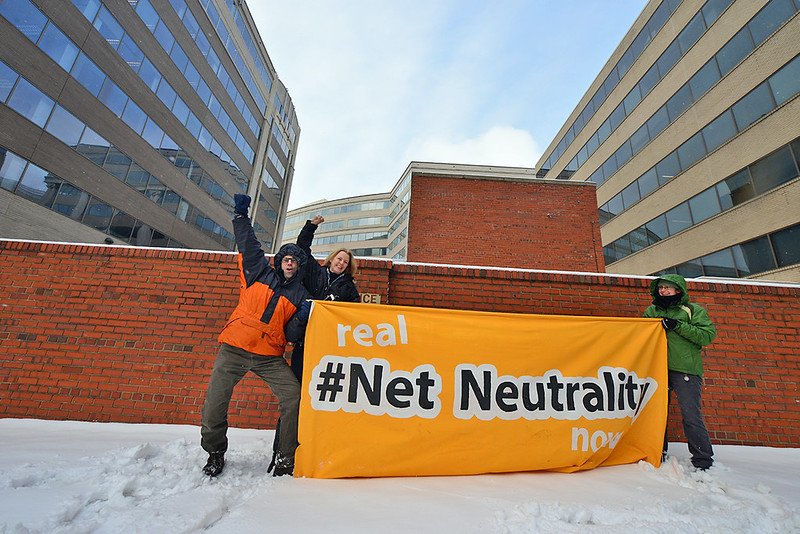 Policymakers in India have acknowledged that non-discriminatory treatment of content, or, in other words, maintenance of network neutrality, constitutes an essential feature of having an open Internet. This post focuses on the development of India’s net neutrality framework, tracing the steps that have been taken so far and the questions that lie ahead. In the follow-up post, we will discuss some of the specific ways in which the net neutrality rules may be tested by recent developments surrounding the COVID-19 crisis.

In the period between 2016 to 2018, India took two major steps towards establishing what can be regarded as one of the most powerful net neutrality regimes in the world. The first step, taken by the Telecom Regulatory Authority of India (TRAI) in February 2016, was the adoption of a regulation to prohibit any content-based pricing of data services. The immediate impetus for this decision came from the tie-up between Facebook and Reliance Communications to introduce the Free Basics platform in India. This raised serious concerns about the Internet being splintered into free and paid versions, with accompanying negative effects for online innovation and free speech.

Having decided against the zero rating of services, the regulator then went on to conduct a robust, multi-stage consultation process on the other net neutrality principles. This resulted in a decision by the Indian Government in July 2018 to adopt a comprehensive set of principles on non-discriminatory access to content. Through this decision, Internet service providers (ISPs) were disallowed from indulging in any kind of discriminatory treatment of content, including practices like blocking specific websites or speeding/ slowing down of content. Note that the term ISP is used here to refer to both wireless telecom operators — that control 97% of India’s broadband Internet access market — and fixed line access providers.

Who is responsible for enforcement?

Unlike the tariff regulation of 2016, which TRAI itself is responsible for enforcing, the broader net neutrality framework was brought about through amendments to the licences agreements that are entered into between the Government and each ISP. Accordingly, the Department of Telecommunications (DoT), as the executor of these agreements, declared that it would be the one responsible for monitoring and enforcement. However, Section 11(b)(i) of the TRAI Act, 1997 makes it clear that one of the functions of TRAI is to “ensure compliance of terms and conditions of license”. In addition, TRAI also has the powers, under Section 12 and 13 of the TRAI Act, to call for any information or explanation from service providers and issue directions to them.

This illustrates India’s complex regulatory structure in the telecommunications sector, with a division of  responsibilities between DoT and TRAI. While DoT’s intention appears to be to reserve the monitoring of net neutrality violations for itself, this cannot override TRAI’s statutory functions. Accordingly, the position that emerges is that TRAI is also responsible for monitoring quality of service and traffic management practices (TMPs), in addition to putting in place appropriate disclosure and transparency norms. The law, however, does not empower it to impose penalties for violation of the licence conditions. Any enforcement action against an observed net neutrality violation can therefore be implemented only by DoT.

Have there been any violations?

Close to two years have elapsed since the adoption of these principles and so far there has been no public information on any monitoring or enforcement initiatives, either by TRAI or DoT. Stakeholders from the telecom industry suggest that the need for such enforcement has not arisen as there is no evidence of non-compliance on their part.  These claims are, however, contradicted by multiple news reports and the crowd-sourced information collated by the Internet Freedom Foundation that point to the selective blocking of websites by various ISPs. This list of blocked websites includes VPNs, torrents sites, porn sites and even sites like Reddit, SoundCloud and CollegeHumour. An empirical study by researchers at the Centre for Internet and Society confirmed that there are many inconsistencies in the websites being blocked by different ISPs and in the blocking techniques being used by them.

A large part of this problem arises due to the opaque nature of the process through which the Government can legally direct ISPs to block access to a website, on its own behalf or to give effect to court orders. The net neutrality principles clarify that any measures taken in accordance with such directions would not constitute a violation, provided that the measures adopted by the ISP are “proportionate, transient and transparent” in nature. India’s blocking rules, however, contain a legal obligation to maintain the confidentiality of blocking requests and any action taken under them. This apparent inconsistency between the two sets of rules can allow ISPs to indulge in unjustified interference with Internet traffic under the shield of confidentiality offered by the website blocking rules.

Towards a multi-stakeholder framework

While adopting the net neutrality principles, the Government had announced that it would constitute a multi-stakeholder coordination body to play an advisory role in monitoring compliance. TRAI’s original recommendation was that this body, consisting of ISPs, content providers and representatives from academia, civil society and consumer groups, should be made responsible for developing technical standards and recommending them to TRAI. In a notable departure from this suggestion, the DoT decided that the Department itself would formulate the necessary TMPs while taking recommendations from TRAI but without any role for the proposed new body.

In January this year, TRAI initiated a consultation process to seek inputs for the operationalisation of the multi-stakeholder body. The consultation paper also raised questions about the process for determining what should be regarded as reasonable TMPs. As may be expected, many of the telecom operators were of the view that there is no need for the creation of a new body and its intended function can be fulfilled by existing industry groups. Such a proposal is, however, antithetical to the very purpose of creating the proposed body, which should be able to offer independent advice to the authorities while taking into account the perspectives of different stakeholders. Neither the objective of independence nor diversity of viewpoints will be met by an industry-led body.

The creation of the multi-stakeholder body should ideally be guided by the following principles.

Finally, it is critical that users of Internet access services should also be recognised as an important stakeholder in the monitoring process. While it may not be possible to enable their direct participation in the proposed body, crowd-sourced information, collected in a semi-controlled environment, can be a valuable tool for identifying possible areas of concern. With the assistance of the multi-stakeholder body, TRAI can leverage its existing knowledge of crowdsourced data analytics from its MySpeed app to develop similar mechanisms in the area of net neutrality.

India’s legal position on net neutrality can be seen to be performing an important expressive function. As explained by Cass Sunstien, the law’s expressive function comes into play where its objective is not just to regulate direct consequences but to make a statement about acceptable social (or market) norms. In the context of net neutrality, this indicates a rejection of the ability of ISPs to act as gatekeepers of the Internet and signals a commitment towards open Internet access.

Having effectively made this statement it is now important for authorities in India to create appropriate frameworks for the monitoring and enforcement of the norms. The first step in this direction would be to specify the transparency obligations to be followed by ISPs in relation to their traffic management practices. This would include information about the actual practices as well as their context, duration, etc., so as to assess whether they can be regarded to be proportionate, transient and transparent in nature. At the same time, the authorities also need to work on an urgent basis to resolve the tension between the transparency requirements under the net neutrality principles and the opacity of the Government’s website blocking powers.

While the licence terms also authorise the Government to specify the scope of reasonable TMPs, it might be best to avoid any sort of ex-ante specification of TMPs at this stage. The existing net neutrality principles, coupled with robust transparency and monitoring, would allow ISPs the flexibility to manage their networks and adapt to new technological developments, including the eventual transition to 5G networks.

Finally, the move towards the constitution of a multi-stakeholder body is welcome and should be implemented expeditiously keeping in mind the principles suggested above. However, it should be clear that the creation of such a framework is only meant to supplement, and not replace, the primary monitoring and enforcement responsibility of the regulatory authorities.

The online symposium on the value of Internet Openness at the time of COVID-19 is a joint outcome of the Internet Governance Forum coalition on Net Neutrality and Community Connectivity. This is the first part of the sixth article in the series.